AWAKENING TO OUR MISDIRECTED PASSION

“Passion is a positive obsession.  Obsession is a negative passion.”  Paul Carvel 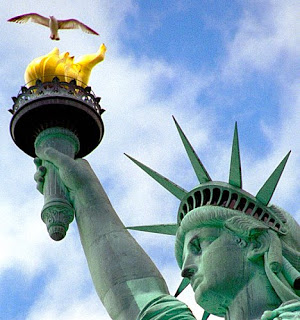 How good are you at compromise?  If you can’t get exactly what you want, do you refuse to act at all?  What are the consequences of your choices?

I may be crossing the line today, but I need to.  I always want what I write to be inspirational and uplifting, but with the current political situation, I can’t ignore what I’m feeling, and I am concerned about the passion I see in both candidates and voters.

I think passion is a good thing, and I am a very passionate person.  I always have been, and I followed my passion to become a dancer years ago against my family’s wishes.  Despite the physical and economic challenges, I made my dream become a reality and I have never regretted it.

Currently, I see two kinds of passion expressed in the current presidential race.  On one hand, there is the nasty, dark passion or obsession of Donald Trump.  His passion takes the form of misogynistic, discriminatory, and violent comments against the people he wants to hurt, ostensibly in order to make America great. This is misdirected in a democratic country where we are a vastly diverse group.

On the other hand, Bernie Sanders expresses his passion primarily by talking positively about what he wants to do to help those who feel the government has neglected their needs.  Until lately, he avoided even criticizing his Democratic opponent Hillary Clinton and merely pointed out their differences. However, as the campaign has become more competitive, he has focused more on what is wrong with his opponent.

Hillary, on the other hand, has been criticized because some feel she doesn’t show enough passion, yet she has worked passionately to help women and children all her life.  Her actions more than words express her passion.  But Hillary’s passion or expressed lack of it doesn’t concern me.

What concerns me is the dark offensive passion of Trump and the uncompromising passion of those Sanders’ followers who say they will not vote for Hillary if she is the Democratic candidate.

Now that Cruz has left the race, it is pretty clear that Trump will be the Republican nominee unless something radical occurs at the convention.  Trump talks about making America great, but there is nothing great about what he plans to do because it involves, among other things, discriminating against Latinos, Muslims, and women.

Despite his lack of integrity and apparently shady business dealings, there is still a huge number of people who support him passionately, who do not seem to be bothered by his negativity.  It is frightening to think that many people support his dark and overly simplistic approach to problem-solving and the dangers it could create in the whole world.

So what do you do if you are a devoted Republican, appalled by Trump, and he becomes the Republican candidate?  Can you cross party lines?  Can you compromise and vote for a Democrat?  Or do you sit out the election?

That’s what many of Bernie’s supporters say they will do if he isn’t the Democratic candidate.  They feel so passionate about Bernie that they are unwilling to compromise, regardless of the consequences.

I appreciate their being passionate about wanting to change the system, and Bernie does focus on what he would do to help the people whose needs have been neglected.  He does not exclude anyone.  He wants to meet the needs of all who feel abandoned, and he has years of experience within the system to convince us that he is capable of implementing his ideas.

As the contest has become more tenuous for him, his passion now includes a negativity that I hoped he would avoid.  He is even talking about a “contested” convention.

If enough Democrats stay home, could that help Trump win the election?  And if they are convinced they could never vote for Hillary, is it because they have researched what she has done in politics or are they simply believing anything negative that they hear?

There Are Serious Consequences to Our Choices

With any candidate, it is important to get the facts.  Unfortunately, the mainstream media is not helpful, for they offer us one-minute sound bites on any topic without substantial information.  That’s why I watch PBS News.  At least I get more information there.

And are we so influenced by the entertainment quality of a candidate that we can’t see beyond that to the facts and issues that really matter?  Or are we only concerned with how they appear?

Passion is entertaining so, of course, we are drawn to the more dynamic characters in the story.  But passionate characters do not necessarily make the best choices.

This entry was posted in Uncategorized. Bookmark the permalink.