AWAKENING TO RELEASE OUR FEAR

“To let go implies to let GO of something.  The something we are holding to may simply be a creation of our mind, an illusory perception of something, and not the reality of the thing itself.”  Thich Nhat Hanh, Silence

More than any time in my life I feel surrounded by negative energy.  It is autumn, my favorite time of year.  As the leaves turn and fall, blanketing the yard that was once green, I feel my country is also in an autumn, a time when we are losing our ability to grow and work together to improve our society.

Hysteria Is Affecting Many People

Hysteria seems to have taken over many of our citizens.  Hysteria is a psychological disorder that includes selective amnesia, shallow volatile emotions, or overly dramatic attention-seeking behavior.  Unfortunately, when we look at Donald Trump’s behavior, we see that he has all three of these behaviors, and he encourages them in his supporters.

Paulo Coelho has said, “How people treat other people is a direct reflection of how they feel about themselves.”  When Trump makes fun of a disabled man or the appearance of a woman, this reflects his fear that he is not attractive enough, not comfortable with his natural self.  When he calls people “stupid or crooked,” he sounds like the child bully who feels inadequate and finds harming others empowering.

What Are the Illusions About Trump?

There is little evidence that Trump has done anything in the past to help people in general, and he has even used money meant for charity to buy personal items.  To hope that he will make policies that help people in need has no credible basis in reality.  He insists that he is a successful business man, but he often doesn’t pay the people who work for him and has had numerous law suits filed against him. If he can’t run his own business honestly, it doesn’t make sense he could financially run the country for the benefit of all. He’s a reality television star who is an expert at creating illusion.  That is his forte. 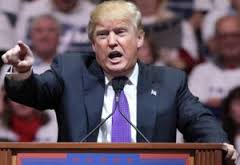 At the Base of Hysteria Is Fear

So what is really at the bottom of all this?  Why does he angrily lash out at anyone who opposes him and ridicule those who are different, including the opposite sex.  It is because of his fear—the fear of not winning, the fear of appearing weak, the fear of not getting what he wants or needs, the fear of a system he doesn’t understand, the fear of being different from his community, the fear of making a mistake.

We all share many of these fears, fears created from our life experiences.  But what we fear may not be a reality.  The “illusory perception of something” to which Thich Nhat Hanh refers is based on the explanation we have created in our minds to deal with our fear.

There are two kinds of fears: the physical and the psychological. Physical fears alert us to physical danger.  They remind us not to step out into the middle of traffic or urge us to find a safe place if someone starts following us as we walk down a dark street.  They can save our lives.

Psychological fears are a distortion of our mind power, and all fears are based on the fear of inadequacy or the fear of rejection.  When our fear is stimulated, the mind power begins to search for information that is stored in our memory related to that fear, and then we begin to react by coping, compromising, or defending.  At this point, we have moved into our survival pattern.

Our survival pattern consists of the behavior we have learned to cope with difficulties or threats.  Some people withdraw, some become angry and physically threatening, some argue or ridicule another person.  Fear is at the base of all negative emotion and unless we release it, it blocks our ability to think clearly.

However, when we become so dominated by our fear, it is essential that we release it so that we can view the situation clearly and make good choices.  Releasing our fear is a simple process.  We take a deep breath and remain still and quiet.  When we feel quiet, we direct our mind to release the fear, naming the fear if we can identify it.  If we can’t, we simply ask the mind to release the fear.  We relax and feel the fearful energy leave the body. 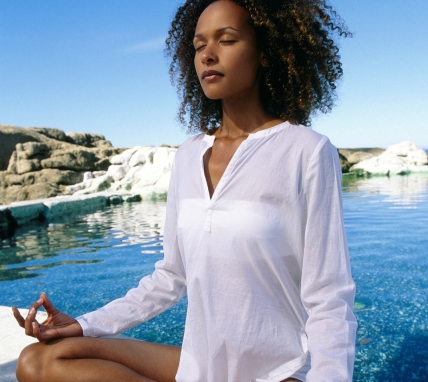 It is not easy to release fears that are deeply imbedded, so it may take several attempts before it works.  We need to be in the moment and that may be difficult for those who do not meditate and spend quiet time in prayer, but taking a few deep breaths and letting go of any thoughts may help.  After the release, it will feel like there is space in the mind.  At that point, we ask our mind for a solution to the problem that initiated the fear.

When the mind is clear of fear, it will search our memories for helpful information and guide us toward better choices.  We all need to become more conscious of what we are feeling and what has initiated the feeling, so we have to take the time to question why the fear was initiated.  Did the person we feel anger toward remind us of the father who often screamed at us?  The mother who pushed us away when we needed love? The bully who pulled a knife on us behind the gym in high school?

What Behavior Do We Need In A President?

The ability to control one’s fear and how one reacts in volatile situations is particularly important for the president of this county.  That person will constantly be confronted with difficult choices and opposition.  How he/she handles it will determine the future of this country, and if they react from fear and with disrespect to the challenges that appear, it will damage our relationships with other countries.  If this person cannot research, analyze, and think clearly instead of always reacting, he/she will not be able to solve complex problems.

Throughout this campaign, I have watched Hillary Clinton carefully.  I do not expect her to be entertaining.  I don’t want a star in the White House; I want a leader.  I expect her to be thoughtful and informed and she has been.  She is always prepared to discuss issues, rather than comment on how someone looks.  She doesn’t give demeaning names to her opponent; she presents her specific solutions to the country’s problems and she identifies the flaws in her opponent’s thinking.

When I think about Hillary winning, I feel calm. There is a long list of things she has already accomplished to help especially women and children, but their welfare contributes to all of society.  She has specific ideas about creating jobs through improving infra structure as well as developing more small business.  Yes, she has been part of the system for her adult life and that’s a good thing because she knows how to use the democratic process to help us all.  She focuses on the real challenges that confront the country. 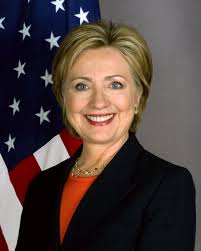 We Need A Strong Leader

Most of all, Hillary is strong.  Despite the lies told about her, the abusive language directed at her, the threats leveled at her, the ongoing investigations that never find her guilty of anything, she is still with us.  She has staying power and resilience.  That’s what we need in a leader.  She may have fears, but it’s clear she has released many of them or she would not have gotten this far.

Let’s move away from the hysteria conjured up by Trump and the media, release our fears, examine each candidate carefully, let go of our illusions, and make a rational choice.  Only one person is qualified for the position.  We broke the glass ceiling last time when we elected the first black president.  Let’s take the rest of that ceiling down and elect the first woman president.  It’s about time!

This entry was posted in Uncategorized. Bookmark the permalink.

One response to “AWAKENING TO RELEASE OUR FEAR”