AWAKENING TO THE GUIDES IN OUR LIVES

“Be grateful for whoever comes, because each has been sent as a guide from beyond.”    Rumi

Who have been the major guides in your life?  What have you learned from them?

Throughout the last year and a half, as I edited and prepared Awakening to the Dance: A Journey to Wholeness, I became more aware of the many transformations that took place in my life because of the influence of other people.  Some were pleasant experiences; some were not; some were lovely and disappointing. 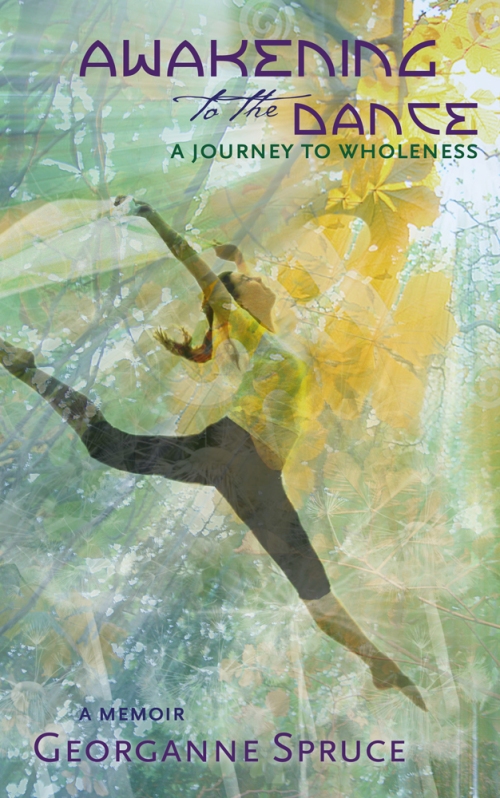 I’m not sure I believe the old saying, “Time heals all wounds,” but I do believe time gives us the ability to see those old experiences in a more enlightened way.  As we grow and learn, we hopefully come to a deeper understanding of our lives and the lessons we’ve learned from our life challenges.  At this point in my life, I have a whole basket of thank yous to hand out that I would never have viewed as good things at the time they happened.

Being Thankful For the Chaos

The summer after my divorce many years ago, I studied dance with Erick Hawkins. His gentle classes were just what I needed, and I learned more than one life lesson from him.  I wrote about the first awareness, concerning an injury, in the post “Body and Soul As One.”  The second awareness occurred as a result of a comment. “That summer, Erick Hawkins was my spiritual teacher. One day, he said that in Zen one said, ‘Thank you’ when things were at their worst. The idea was profound—that we should be thankful for all experiences because we could learn from them and become more aware. Although I learned to have more respect for myself after the injury, I wasn’t yet able to see what positive things I had learned from my divorce. So I thanked Erick Hawkins for opening my heart and showing me how to have compassion and respect for myself as well as for others. I could even say, ‘Thank you for the chaos of my life,’ having faith that someday I would know what good sprang from it.”

Forgiving Ourselves and Others

Now, many years later, I can see how badly matched my ex-husband and I were, and how we were so unprepared, at that stage in our lives, to give each other what we needed in a relationship.  I no longer blame him or me for the hurtful choices we made, but I did learn how a good relationship requires the kind of communication we didn’t have.

Feeling Gratitude For What Is Good

It was many years before I really embraced Hawkins advice, but now part of my daily gratitude practice is being thankful for the difficulties that arise in my life.  I say, “Thank you for this difficulty and the valuable lesson I will learn from this.”  I have learned that nothing is meaningless and trust that the opportunity to learn lessons is everywhere.

The next relationship I was in, I chose a man who was an artist and whose spiritual life was entwined with art like mine.  I wrote about this relationship in the book as well.

“In the quiet of an early Sunday morning, I reread the letter from Neal that had arrived the day before. Embracing me with his words, he said I was very dear to him and that he found pleasure in my mind, smile, laughter, and movement. How lucky I was to have found a fairly liberated man, but a part of me was afraid to surrender and love him completely because losing him would then be unbearable. The spiritual bond that our art created between us was deep, for sometimes he thought he was me—that was the only way he knew to describe it, as if we had developed from the same root. We hurt in similar ways, we grieved in similar ways, and we celebrated in similar ways. When we danced or made love, a sheer, pure pleasure flowed through us. We could appreciate silence, share it, and not feel ill at ease. Even with hundreds of miles between us, I felt his touch.”

The relationship lasted for eight years.  At times we were just friends; at other times, we were lovers considering marriage.  There was joy, laughter, and tears, but despite our powerful connection, we parted.  Although we loved each other, he didn’t really want what I would call a relationship, and I could not live the way he wanted us to live. Despite that, the list of positive things I learned from that relationship is endless, not the least of which was that I could be loved for who I truly was.

These are only two examples of the many guides who have passed through my life and taught me who I am and how to live with more joy and meaning.  When I began to write my memoir I was searching to understand why I was experiencing so many negative things.  Now I can look back and say, “It was time for me to move on and I wasn’t moving,” so the Universe made it impossible for me to stay where I was, and I am so grateful.  Without that push I might not have come to North Carolina, I might not be writing, I might not have the life I love.

What is one of the important lessons you’ve learned from a guide in your life?

I hope you will want to read more of my story and how I used my spirituality to grow and change. Awakening to the Dance: a Journey of Wholeness is now available as a paperback at Create Space and as an ebook on Amazon and Barnes and Noble.  The paperback is also available on Amazon in this country and some European countries.

I will continue to the Wildness Series as I have time to interview some wonderfully wild people I know.

3 responses to “AWAKENING TO THE GUIDES IN OUR LIVES”