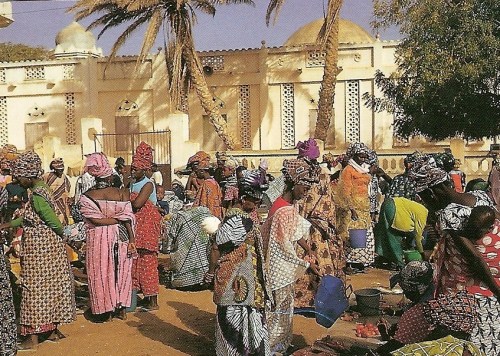 Diversity Is the Spice of Life

Last night, a group to which I belong met at the home of two lovely young people.  One was from India and the other from Germany.  The home was decorated with an eastern flair and reminded me of the 1970s, except this was authentic, not an imitation.  One art piece in particular attracted me. By asking about it, I learned that it represented aspects of both our host and hostess.

While the evening was a beautiful evening of meditation, reflection, and sharing, I was reminded of how rich my life has been because I have been exposed to so much diversity.  I have lived in every part of this country.  I’ve lived in New Orleans, a unique city, influenced by African, French, and Spanish cultures.  I’ve taught Hispanic and Native American teenagers in New Mexico.  I grew up in the South and lived in our nation’s capital for many years.  I taught in a university in the middle of the plains, an area mainly settled by Scandinavians and Germans.  Now, I live in western North Carolina where the Appalachian Mountains still preserve the culture of my Irish ancestors.

My life feels like a good gumbo or rich Irish stew.  Lots of interesting ingredients thrown together and simmered until the real juice of the experience rises to the top.  But it wasn’t always easy to be among people who are different from me.  I made mistakes like insisting that my Native American students look at me when I talked to them.  I didn’t know at first that they considered that disrespectful.  In New Orleans, my missteps at pronouncing unusual names were often entertaining.  Being a southerner, I was used to touching people when I talked to them. That definitely left the wrong impression at the first faculty party I attended in Nebraska.  But I learned and was often, though not always, able to adapt.

In 1994, I was chosen to study with a group of teachers on a Fulbright-Hays Travel Abroad Grant in Senegal and Ghana.  I was teaching multicultural literature at a private school in New Orleans.  In the fall, I hoped to be teaching gifted classes in the public schools, and this trip was the perfect preparation for that.  But it was more than that.  It was my dream to travel to Africa.  As a child, I had admired Albert Schweitzer’s work with the lepers in Africa and dreamed of going there.

We arrived in Senegal with the sun, and as I stepped onto African soil for the first time, I was flooded with the overwhelming sense that I was a citizen of the world, that all the boundaries we humans created were meaningless.  I did not feel like a foreigner in a foreign land as I had expected.  While much was different, much was similar.  People were generally very friendly.  They valued their families, loved to celebrate, and struggled like we all do.  Most of all, I was interested in the way their art and spiritual beliefs were integrated into their daily lives because I was working on that in my own life.  There, it was a way of life. The Africans became my teachers.

The Power of Being In Spiritual Alignment

I have often wondered why so many people are afraid of those who are different, and why we can’t break out of our polarity thinking.  Similarity creates a feeling of security, but it is only an illusion.  When we are in alignment with ourselves, differences in others don’t unbalance us.  If we are centered, we don’t allow fear to take hold of us.  When we encounter someone different we can choose to use it as an opportunity to learn about the other person.  The tragedy is that if we fear this different person, we destroy the opportunity to learn new ideas that may enrich our lives or lead us down a new and better path.

What You See Is What You Choose to See

Two weeks ago when I wrote “Awakening to Love the World, Part 1,” I quoted Wayne Dyer who said, “Loving people live in a loving world.  Hostile people live in a hostile world.  Same world.”  I know people who are afraid of Muslims.  When I think of Muslims, I don’t think about 9/11.  I think about praying, with tears streaming down my face, for world peace at the Holy City of Touba with African Muslims who were dedicated to living peacefully.  I think about the village of women and children who cheerfully tried to dig our truck out of a sand dune where it was trapped.  I remember the priestess of a water goddess who blessed our return journey.  What we look at determines what we see.

We are all more alike than we are different.  If we want peace in our lives and world, we have to let go of our need to be right, and appreciate that diversity adds some spice to life.  Being open to new ideas and people who are different expands our awareness of what it means to be human.  And that’s all good.

What do you love about other people who are different from you?  Please comment.

4 responses to “AWAKENING TO LOVE THE WORLD Part 2, DIVERSITY”