“Everything we see hides another thing, we always want to see what is hidden by what we see.”  Rene Magritte

Do you live your life on the surface or do you look within for answers and guidance?  Do you tend to hide unpleasant feelings?  Do you make a point to get in touch with all your feelings?

Life is full of hidden gifts.  In the summer, leaves are green and then they begin to turn a multitude of colors in autumn—colors hidden from us until the season shifts into a new one.  They fall away and we find silhouetted in the winter sky branches curling and twisting against the deep blue of the approaching night, revealing what was hidden the rest of the year.

Good Can Come From What Appears To Be Negative

We’ve all had experiences where something disappointing happened, but what came out of it was positive.  When it first happened, we could only see the negative and couldn’t imagine anything good could spring from it.

Last week, I wrote about the two writing contests I had entered and how I didn’t win a prize in either one, but my book was recommended on the Huffington Post, and I received a high evaluation and good review from the other.  So, what initially was a disappointment resulted in a positive outcome.

Negative Experiences Can Be Learning Opportunities

There have been other times that a loss or disappointment has opened the way to something new.  When I had Chronic Fatigue Syndrome, I connected with a wholistic doctor who taught me almost everything I would ever need to know to become healthy and stay healthy.  He taught me that there was so much more I needed to learn that went beyond what western medicine recognized and introduced me to acupuncture and herbs, among other things.

Since that time, I have never had the flu or a cold and I never get “bugs.”  I’m gluten and dairy intolerant and can’t handle preservatives or artificial anything, so I eat organic food.  If I don’t know what an ingredient is in a food, I don’t eat it.  Now, some people would say this is extreme and just not worth doing.  I guess it depends on what you are willing to do to stay healthy, and for me, not being sick is a priority. 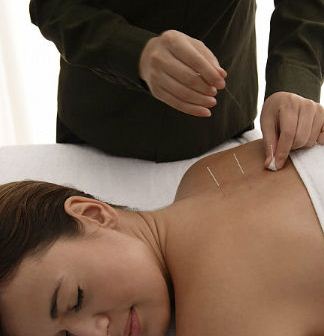 We Can Grow By Being Open To Learn From Disappointments

So, when these hidden gifts appear, we may not always see them as gifts at first.  I was in a relationship with a man for two years, thinking we would marry, so I was devastated when we broke up.  Before that, I had not been in a long-term relationship since 1986.  I had experienced short ones and then a long period of many years when I never really dated.  I just didn’t seem to click with anyone.

However, I learned so much about being in a relationship, what would work and what wouldn’t, that despite the original grief I felt, the experience prepared me for meeting the man to whom I am now married.  Since I had made a lot of compromises in that two year relationship that didn’t work for me, I realized afterwards more clearly what I needed in a relationship.  No doubt that helped draw into my life the man who is my perfect mate.

A Loss May Make Room For A New, Beneficial Experience

Then there was the time I lost my teaching job.  I was put on administrative leave because I was unable to control a belligerent class that had been a problem long before I was given the class.  The principal offered no support and the students received little punishment when I wrote discipline referrals on them.  I was absolutely devastated.

However, with time on my hands while still receiving a pay check, I had the time to write and I decided to write my memoir.  As I read through the journals I’d written since 1962, something very profound happened.  I cried often, and through the process, I relived and healed so much that needed healing.  It took ten years for me to finish and publish the book, but that initial commitment to do it led me down a new path that opened my life in many ways.

Because so much time had passed since many of the events in the journals happened, I was able to see some situations in a more mature way.  I could see, for example, that my ex-husband behaved the way he did because he had never had guidance from parents who taught him a way to live with integrity.  With that insight, I was able to forgive him more deeply and to feel compassion for him.

He was a man who had been taught never to show his hurt feelings.  He’d had to be tough because, even as a child, his mother often worked at night and he came home from school to an empty house. In addition, his stepfather was not an honest man, so without his real father, he had no one to guide him.  I came to the point where I realized it was somewhat of a miracle he was as good a person as he was, and I not only forgave him, but I felt at peace with all that happened.

We Can Only Know Ourselves When We Go Within

When we are unable to look beneath our surface, we not only miss the gifts hidden there, but we are unable to know who we truly are.  Living a purely external life means we are only feeding our egos and ignoring our deeper selves where we will find love and a spiritual connection that will guide us to be the best we can be.

So often the best solutions to problems are not the obvious ones.  They also may be hidden deeper if we look beneath the surface.  The principal who let me go because I couldn’t manage a troublesome group of teenagers never really dealt with the problem.  Getting rid of me solved nothing; in fact, he taught the students that their negative behavior would get them what they wanted.

Often like that principal, we are unwilling to do what is difficult because it is risky.  But it’s been my experience that when I go deeper and ask for spiritual guidance, the solution that will work arises, and over time, I’ve learned to trust that.  What’s hidden is often the buried treasure we seek—the solution that will enrich our lives.