“Reality is how we interpret it.  Imagination and volition play a part in that interpretation.  Which means that all reality is to some extent a fiction.”   Yann Martel

How do you envision reality?  Is it based on facts or feelings?  How can you determine what is real in your life?

In the United States, we are all having some difficulty determining what is real. We elected a man who tweets whatever he is feeling or thinking at the time, and what that response is may change the next minute.  So how can we know what to take seriously that he says and what we should ignore?

As Yann Martel points out, “Reality is how we interpret it.”  It isn’t cut and dried.  It isn’t a set scientific principal we can count on.  When my first husband left, it seemed like a terrible thing.  This man I loved had betrayed me.  The marriage I valued was over, yet the result of that experience, painful as it was at time, was in the end a good thing for me.  A least that’s how I interpret it.

With more freedom in my life, I was able to pursue my love of modern dance and take chances I would never had taken before.  Because I was so heart-broken at first, I went into therapy and through that came to understand myself more deeply.

Passage of Time Affects Our Interpretation

Time also makes a difference.  As time passes, the way we interpret an event may change because we are able to see the consequences of the action that took place.  For example, right now we are dealing with the results of an election that some celebrate and others despise.  While we may predict what will happen when Trump actually becomes president, we do not know exactly what that reality will bring.

If We Don’t Like the Facts, We May Ignore Them

Throughout the election many voters ignored several realities.  Trump never paid many people who worked for him and had had thousands of law suits filed against him.  Why aren’t more people uncomfortable with this.  This behavior does not indicate he’s someone who will keep his word or that he has respect for the working man or woman.  Why do they think he’s going to save them?

In order to vote for someone like this, the voter has to ignore this record of reality.  This is a factual type of reality. The law suits are on the books.  There is only one reasonable interpretation of these facts.  He doesn’t keep his word in business deals, so why would anyone believe he will keep his word as president?

We May See Only What We Wish to See

Many created the fictional character Trump to fit their own wishes and desires.  That fictional character will “drain the swamp,” create jobs, and make like better for all who voted for him.  He will also focus on helping those in need despite choosing people for his cabinet that have little experience in the area they will manage or who are billionaires more likely to preserve their privilege than increase their taxes to pay for what the average citizen needs.  The idea that these people will act totally out of character when there is little in their backgrounds to support that hope is truly fiction. 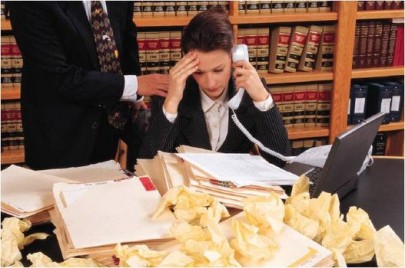 So why do we choose to believe things that don’t seem reasonable.  Perhaps we get false news so the choice seems reasonable based on the “facts” we’ve found.  Maybe we just believe that if we believe it, it will come true.   I suspect we believe it because it is what we want to hear.  It looks good, it sounds good, it smells good.  Until we look at the underside.

Ignoring Facts May Be Dangerous

Earlier this year, I was diagnosed with bladder cancer.  It was a shock.  I’ve always lived a healthy life except for the 30 years I smoked cigarettes when I was younger, but I believed that I would never have cancer.  However, the doctor could see the tumor and when it was biopsied, the test was positive, so there was no doubt that it was cancer.

It was difficult to accept this reality because I felt fine and had no symptoms.  But there was that positive test.  Could it be wrong?  I could have chosen to ignore it, but I had had a friend a few years earlier who ignored her colon cancer until she was in Stage 4.  She died a few months after being diagnosed because nothing could be done to save her.  That was the reality.

So, I had the surgery and it was successful.  I am fortunate.  My cancer was slow growing and had not grown into the muscle layer around the bladder.  I have regular checkups and they have been clear.  I’m so glad I decided to face the facts, make a wise decision based on them, and as a result, I have been able to continue a full and healthy life.

It is true that the facts are not always the only thing we need to take into consideration when we make a decision.  We have emotional and spiritual considerations also, but it is important to observe what is actually taking place in a situation and if there is a pattern of behavior to observe.

I’ve read too many stories where women who are in abusive relationships keep thinking the abuser will change his behavior although he never does.  That pattern of behavior is a fact, just as Trump’s belittling of women or the disabled is a fact.  We heard the words directly from his mouth.  It tells us that this person does not respect others, so why would he respect us.  To expect respectful behavior from someone who constantly disrespects others is a delusion.

Why is it important to face reality?  Because it can help us to live a better life, make better decisions, and be more successful in all we do.  It may remind us that our imagination and choices help shape our reality, but that reason and observation as part of our decision-making will serve us as well.