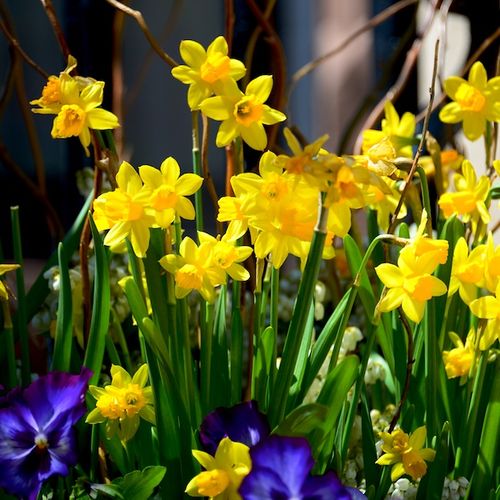 Jonquils are filling the yards with their bright yellow blossoms although it is still February and technically winter.  I want to enjoy them while I can because I am suspicious of how long they will last.  We still have March ahead, that crazy month that can’t decide if it is winter or spring, creating infinite frustration for those of us who want the winter to be over.

Much more than human nature, the nature around us has, in the past, been more predictable.  We could count on the seasons to appear at appropriate times, trees to leaf out, and flowers to bloom at approximately the same times every year.  But this predictability is less certain now with the extreme changes caused by climate change.

You don’t have to be a scientist to know that something different is occurring.  All you have to do is pay attention.  Perhaps those who have never been close to nature really don’t notice the changes.  It is hard to imagine that, but perhaps it’s true.  Still the scientists are the ones who have been paying the closest attention and have collected the data.

Unfortunately, we are now living in a world of “fake news” and “alternative facts.”  Still, if you take the time to pay attention to what is going on and have been living for at least 20 years, you cannot help but see some changes are real.  This winter where I live has had weather in the same week that varied from the 30’s to the 60’s.  This is not ordinary winter weather.

There is no value in ignoring change. When we refuse to accept change and keep believing we can recreate the same life despite enormous changes, we are dreaming.  At some point, we need to act.  For example, many people in the coal-mining parts of our country really believe that their coal mining jobs will come back.  Despite what Trump says, this is highly unlikely.  So, what are the choices?  They can move or live in poverty or live on welfare.  Those who have been able to get training in another field or have moved to areas where there are jobs have created new lives for themselves.

Since I’ve moved more than once in my life to get a better job or one I like better, I have had trouble understanding people who remain stuck to only one vision of what life can be.  But reading Hillbilly Elegy: A Memoir of a Family and Culture in Crisis by J. D. Vance helped me understand the dynamics of this situation, and I highly recommend the book. 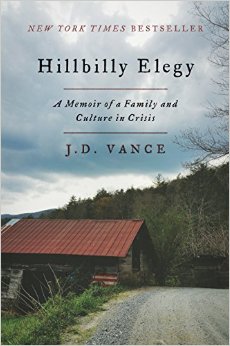 With Trump’s actions and threats, many of us feel fearful of how our lives will change.  After the election, I delusively hoped that somehow Hillary would become president particularly when it became clear that she had received three million more votes than Trump.  But at least I knew how the system worked and knew I was delusional.

But what we have seen in this election is that many people believe that Trump cares about them, and if they are white males, I guess that’s probably true.  But everyone else is clearly in jeopardy because of the changes he is making and wants to make.  Change is afoot like Bigfoot rampaging through the village.

So how are we reacting to this?  Some people are just throwing up their hands and saying they have to accept it.  This is the way it is.  Give him a chance.  But sometimes accepting change means acting.  It involves realizing that a change has occurred that has shifted the core of our lives.  Life is not the same, so we have to change if we want to see progress rather than stagnation.  We have to adapt to the change.

The question is always how do we do that?  Well, we have to take action, meaningful action.  Currently, huge numbers of people across the nation are protesting and communicating with their senators and representatives on the national and local level to protect their rights and the rights of others and to try to solve the problems that are burdening their communities. 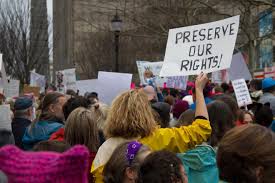 As a democracy, people should be active.  We have to vote.  We have to educate ourselves about issues and candidates.  We have to participate in local issues.  What we are seeing now is that the populace, in many instances, will stand up for itself and that is a very good thing.

So, what can you do in your life?  With so many changes taking place, it can be intimidating.  But choose just one thing and begin to do that regularly.  Make it something that matters, and that will vary depending on where you live.  When that one action becomes a part of your life, if you have time, add another.

CHOOSE ONE ACTION A DAY

Although I’m still in the middle of trying to decide where to direct my action and integrate it into my life, I have become involved with a group working to end child poverty.  It breaks my heart to think any child is hungry, and I’m afraid there are many in my state.  We can’t always depend on the government to solve our community problems, so we have to be the ones to effect the change.  After all, that’s what a democracy is really about.

What change can you effect change this week?

AWAKENING TO RELEASE OUR FEAR,   DANCING TO THE DANGER OF ASSUMPTIONS, AWAKENING TO TAKE THE NEXT STEP, AWAKENING TO OUR MISDIRECTED PASSION, TRANSFORMING THE FEAR OF CHANGE

One response to “AWAKENING TO EFFECT CHANGE”